Parents who don't say I Love You 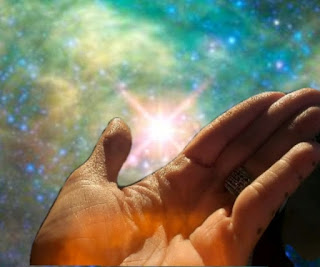 Some people were never told they were loved from their parents, but it didn't mean their parents didn't love them. I grew up with my parents saying it everyday. I took it for granted until one day when my close friend in high school said "Cerise, your mom tells you she loves you everyday and I've never heard my mom ever say it at all."

I was surprised. I said "Never?"

She said "Well she writes it in cards for my birthday. "

I said "And she does so much for you. She loves you. I know it."

She said "Yeah I know my mom looks out for me. Does whatever she can do to make me happy, but those words I LOVE YOU is important to hear."

I expresed my sorrow that she's never heard those words from her mother.

It affected me deeply. So much that I thought about it for many years. Then one day in adulthood it hit me, maybe her mother was never told those words. Maybe it was hard for her mother to say the words, because nobody ever said them to her.

So I called my friend up and mentioned this to her. She said "My mom was raised in an orphanage."

I said "Well it makes sense then!"

She said "No it doesn't. It's not like learning some new job. Those words should come naturally."

This time I flat out disagreed with her. This time it was over 10 years later and I had examples of moms that express love, yet do not show it.

I told her about a client that was married to the love of her life and her mother slept with him. The mother apologized to her daughter (my client) and said "I love you. I shouldn't have slept with your husband."

My friend gasped and said "omgosh! That's horrible. My mother would never do that!"

I gave her another example of a mother that took off with a lover, left her own 3 kids with her husband and moved in with her lover to raise his four kids. And wanted nothing more to do with her own kids.

One of those three kids was my client. When he finally found his mother, 20 years later on Facebook, he confronted her. Especially after he saw her Facebook filled with all her step kids and step grandchildren.

He said "Why did you leave us?"

My friend was astonished that a mother would leave her own children because of that. My friend said "She's a witch! I bet karma will get her!"

I told my friend that her own ego already got her, because my client was a multimillionaire and his biological mother was beautiful, but broke.

His mother accepted his Facebook friend request, and she saw his lifestyle and his money from his photos. She apologized. He accepted her apology.  He even bought her a little house. Why did he do that? He told me that he wanted to show her the love she didn't have within. He wanted to remind her that beauty is only skin deep.

My friend was shocked. She called her mother and said "Mom, I never told you this, but it hurts me that you never say I love you, and you only write it one time a year in my birthday card." Her mom was silent. She continued on and said "Even though you never said it I know you love me."

Her mother took a moment to answer and between chocks and tears she finally got words out, and they weren't I love you... they were "I'm so sorry. Those words are hard for me to speak. Nobody has ever said them to me. Not even your father. "

My friend said "Mom, I love you! And I'm sorry I never told you either."

Three days later her mother died of a heart attack. My friend found her mother's journals from when she was a child in the orphanage up to the day before she died.

The words in those journals were so much more meaningful than the words I Love You. The words were praises, appreciation and memories of my friend, and the feelings they evoked in my friend were deeper than love. The words made my friend feel cherished and treasured.

I write all this to say, please don't place expectations on people to say the words you want to hear. Sometimes they just can't. Sometimes they wish they could. Sometimes it's the actions that speak louder than words.